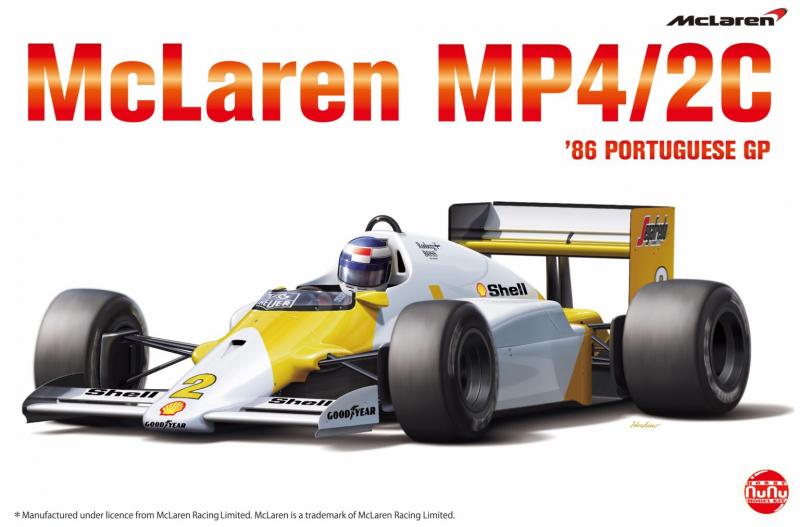 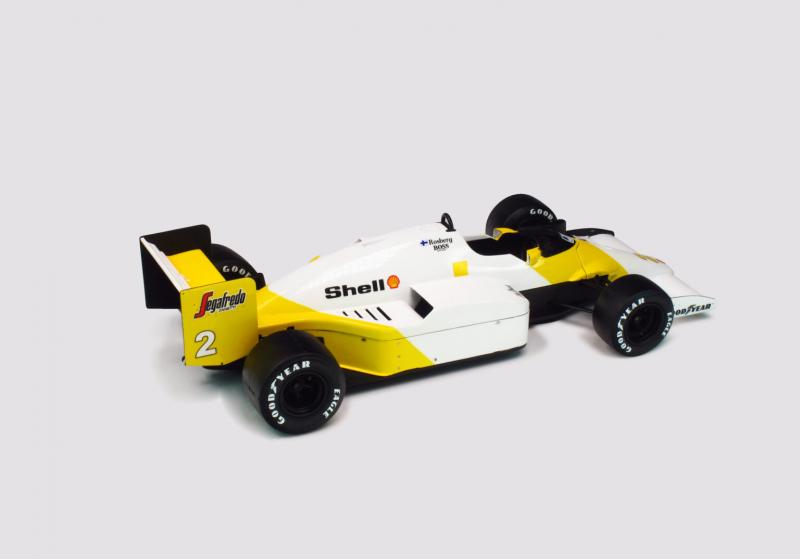 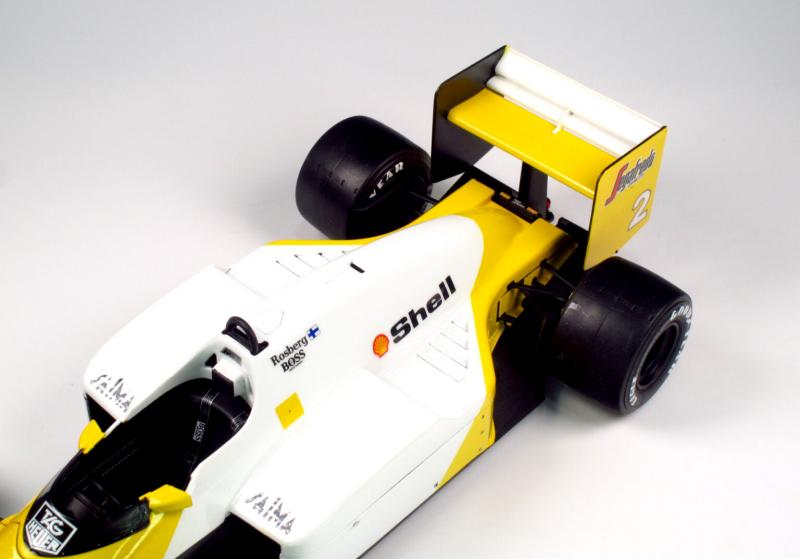 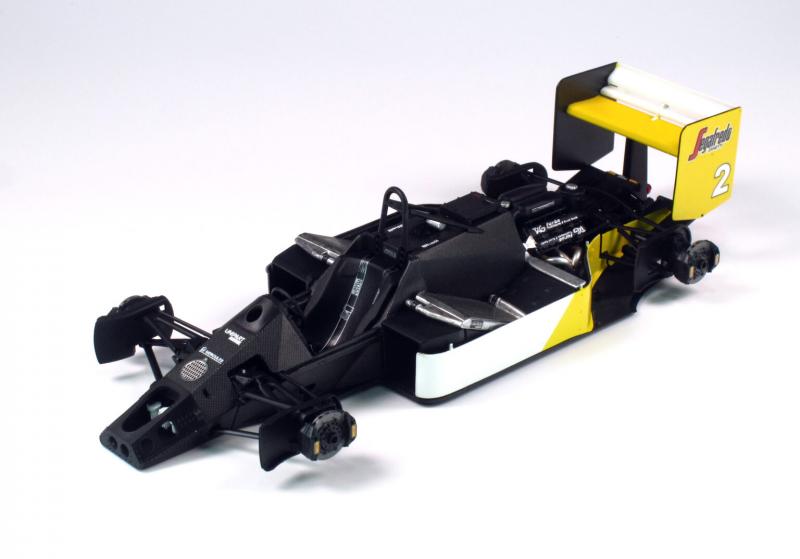 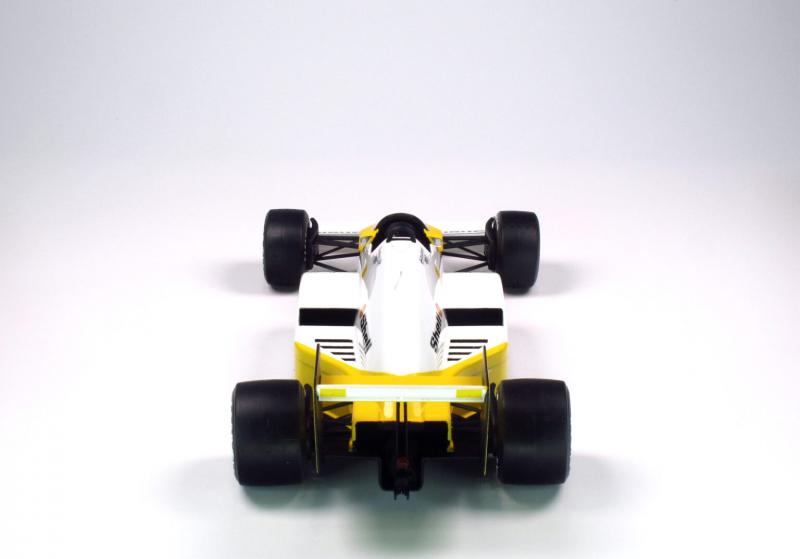 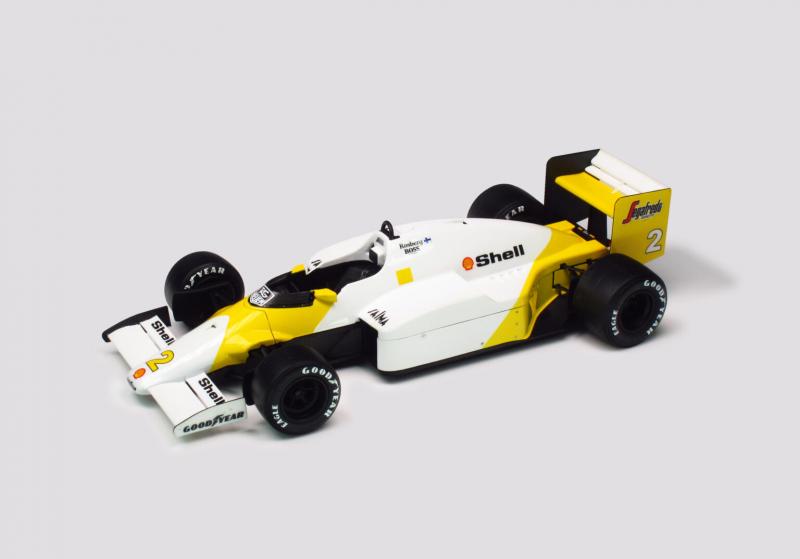 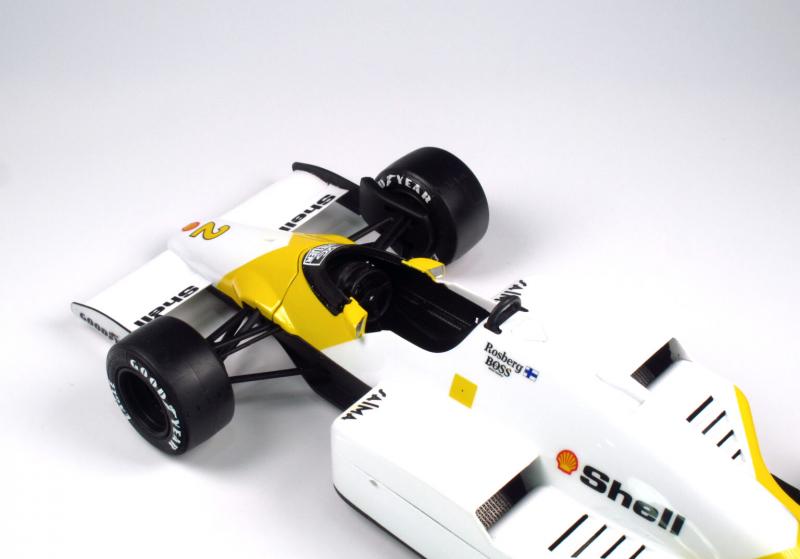 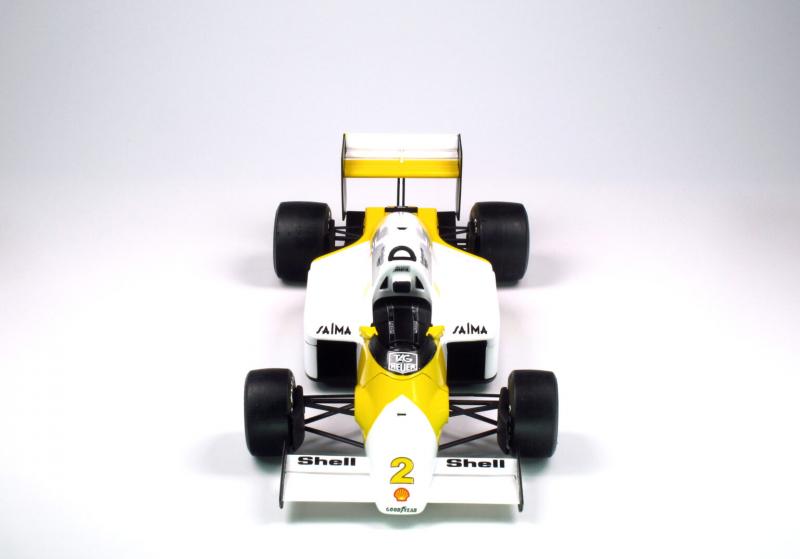 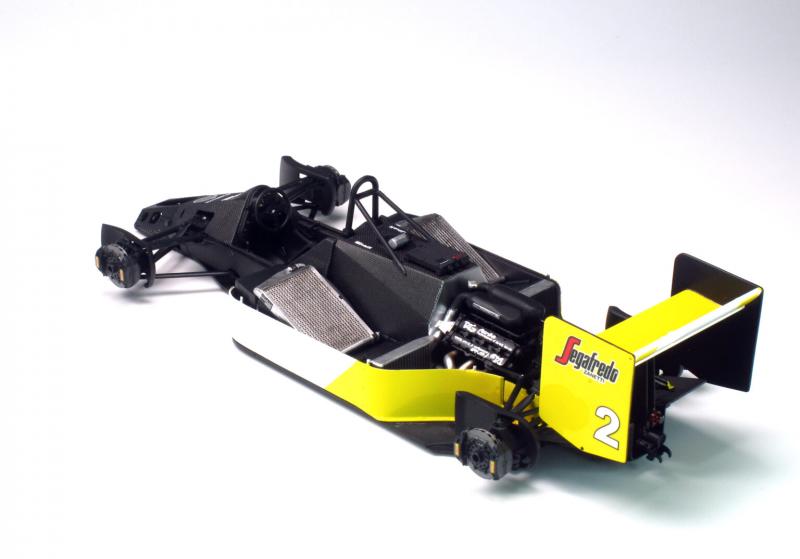 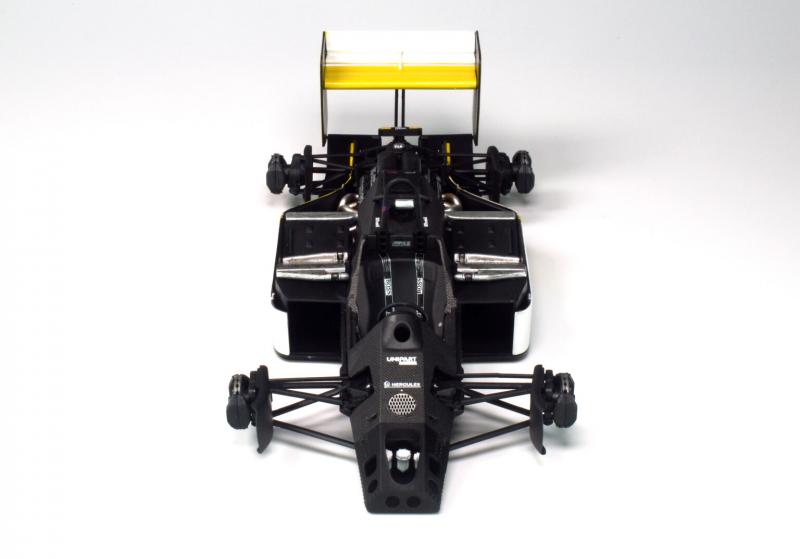 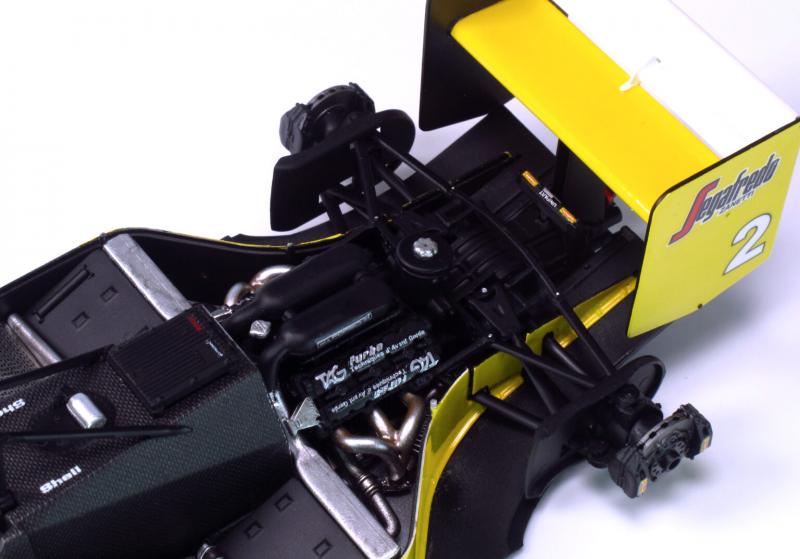 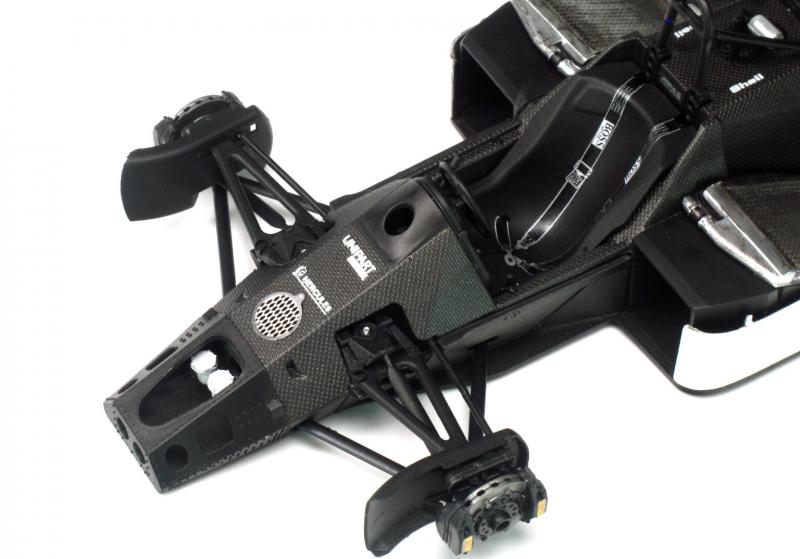 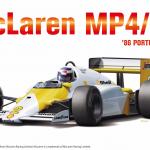 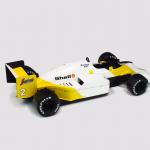 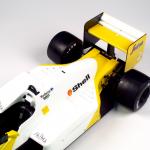 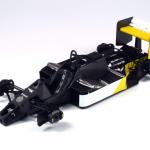 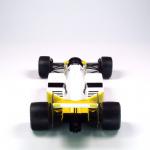 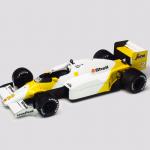 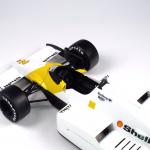 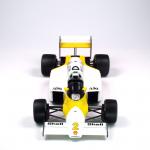 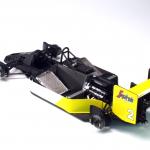 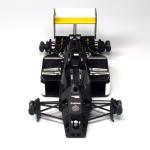 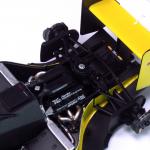 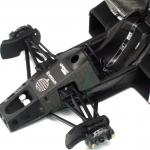 It was in 1968 that F1 teams were given the right to wear sponsorship livery in F1 Grand Prix. The Team Lotus, initially using the British racing green, was the first team to implement sponsorship brands as a livery at the second round, Spanish Grand Prix in 1968 season. After that, the sponsorship liveries became common in motorsport, and not only automotive companies but other companies can be the sponsors. McLaren, one of the main teams in the F1 Grand Prix, was originally painted in KIWI orange named after its founder, driver Bruce McLaren’s native New Zealand. From the 1970s, McLaren won sponsors and painted the body with sponsorship liveries. In 1974, McLaren was sponsored by a tobacco brand and adopted a red and white livery, and it became a familiar color to motorsport fans. One of the ways to utilize this great advertising effect was saw at the 14th round, Portuguese Grand Prix in 1986. The #1 car of McLaren driven by Alain Prost was in the usual red and white, but the #2 car driven by Keke Rosberg was wearing a yellow and white livery for advertising the sponsor’s new product. The idea was successful in attracting the attention of fans and had a huge promotional effect. Needless to say, the machine had no major changes itself, and it was the MP4/2C that McLaren introduced to 1986 season. The McLaren MP4/2 was designed by John Barnard for the 1984 season. The McLaren MP4/2C was the updated version powered by a 1.5 litre V6 twin turbo engine with carbon monocoque chassis. This engine was funded by TAG and commissioned to develop to Porsche. With the technology of Porsche which had a lot of turbo engine development know-how, the McLaren MP4/2C had stable performance and was active and earned many victories. McLaren had Prost and Rosberg driven in the 1986 season. With four wins of the season, Prost successfully won the world championship. 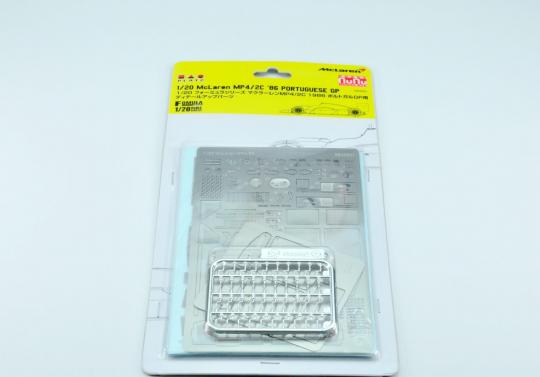